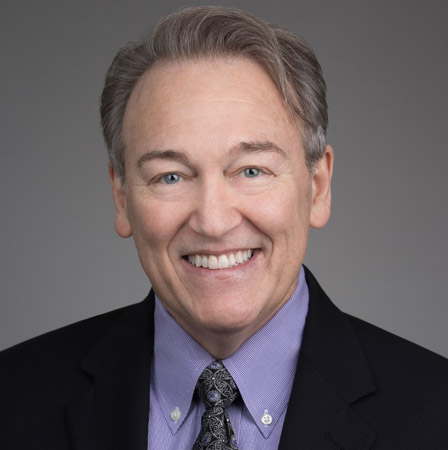 Bradford R. Williams, D.D.S. practices in Skiatook, Oklahoma, where his family has been residents for over 70 years. He graduated from The University of Oklahoma College of Dentistry (OUCOD) in 1982, and while in school, he was a contributing clinician to the Herbert T. Shillingburg, Jr., D.D.S. textbook entitled, Restoration of Endodontically Treated Teeth. He has practiced general dentistry since 1982 and general practice orthodontics since 1983.

Dr. Brad has been placing dental implants since 1993 and has been implementing orthodontic miniscrews since 2005. He has collaborated with Drs. Juan Escheverri and Randy Newby in a Temporary Anchorage Device (TAD) overview course and now presents material on TADs in his annual AOS Intermediate/Advance course.

Today, Dr. Brad remains very active in the AOS, having previously served on their Board of Directors. In 2009, he was awarded AOS Fellowship and became a member of the AOS Academy of Diplomates in 2010. Currently, he is the AOS Senior Instructor for the Basic and Intermediate courses in Non-Extraction Straight Wire Orthodontics previously taught by the late Dr. David Jackson and the late Dr. Robert Gerety. Additionally, he teaches two alternating update courses for the AOS each year. Dr. Brad has taught for the AGD master track program in Texas and Oklahoma and has lectured on Orthodontics and Temporary Anchorage Devices at the Texas Dental Association meeting held in San Antonio. In 2018, at the AAPD/AOS joint meeting in Kauai, he served on the Q&A panel discussion concerning the pediatric practitioner’s role in orthodontics. He has written and collaborated on a number of articles for the Journal of the AOS, and has been interviewed by Dr. Ed Gonzales on the AOS-sponsored podcast, ”Orthodontic Smiles”. Dr. Brad’s sons—Dr. Bradford Williams II, D.D.S. and Dr. Alex Williams, D.D.S.—both have practiced with him in Skiatook and are life members of the AOS.

In addition to his many AOS distinctions, Dr. Brad is also a member of the Academy of General Dentistry (AGD), American Dental Association (ADA), the Oklahoma Dental Association (ODA), the Tulsa County Dental Society (TCDS), the International Association for Orthodontics (IAO), the International Congress of Oral Implantologists (ICOI), and the American Board of Oral Implantology/Implant Dentistry (ABOI/ID). He is also a gold member of the J. Dean Robertson Society of the OUCOD. Through the years, Dr. Brad has also been involved in several South American medical/dental mission trips, from the Amazon rainforest villages of Guyana to the Andes mountain villages in Bolivia.

Dr. Brad and his wife, Teresa, have five adult children and eight grandchildren. His hobbies include reading, drawing, painting, and target shooting with handguns and shotguns. And, over the last several years, he has spent hours upon hours tweaking his PowerPoint lectures and has a true passion for dentistry and teaching. But, most of all, he loves spending as much of his spare time as possible with his wife, his children, and his grandchildren.