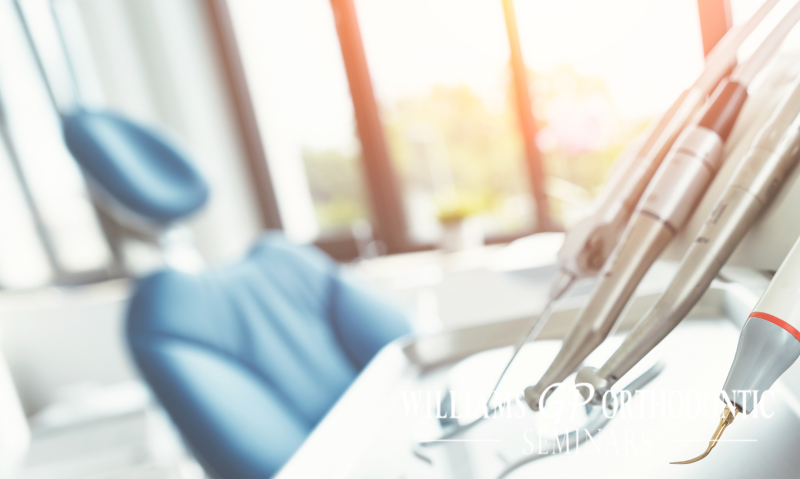 According to the latest research, nearly 35% of dentists are female. This field is filled with bright and innovative women who have pioneered new processes and paved the way for others to follow.

Today, we’re paying homage to these inspirational women in dentistry, starting with the first female dentist to work in the United States. Read on to discover your next real-life superhero!

Born in 1836, Emeline Roberts Jones is recognized as the first female known to have performed organized dentistry duties in the U.S.

Married to a fellow dentist, Dr. Daniel Jones, her initial pursuits were met with firm resistance. At that time, this was a field deemed solely for men, though that did not deter her. Instead, she honed her craft privately, filling hundreds of already extracted teeth before her husband allowed her to work alongside him.

In the years that followed, Emeline became a well-respected partner in his practice. When her husband died, she took over the family business and enjoyed a six-decades-long career.

In 1866, Lucy Hobbs Taylor became the first woman to earn a Doctor of Dental Surgery (DDS) degree. Orphaned at the age of 12, Lucy was no stranger to hard work. She raised herself and her nine siblings, working long hours as a seamstress and teacher to make ends meet.

When she applied to the Eclectic Medical College (EMC) to pursue dentistry, she was met with the same pushback that had plagued Emeline Roberts Jones. Undaunted, she studied under a mentor at EMC and later applied to the Ohio College of Dentistry. The cycle continued there when she was denied entry, but she continued to study under a faculty member.

Finally, Lucy opened her own Cincinnati dental practice in 1861. Five years later, she received her DDS through the Ohio College of Dental Surgery.

Have you heard of the Reidar F. Sognnaes Award of Excellence in Forensic Odontology? This is a prestigious designation granted by the American Academy of Forensic Sciences. In February 2021, Mary Bush became the first woman to receive this honor.

It came as a result of her incredible work as a forensic dentist. In this field, experts use their dental knowledge to identify human remains, evaluate bite marks, resolve negligence cases, and more.

Mary entered this sector through her work at SUNY at Buffalo School of Dental, where she served as a full-time faculty member and independent researcher. In the time since, she has published papers, mentored dentistry students, and even testified on Capitol Hill about the admissibility of bite mark evidence.

Kimberly Culp is a shining example of how a professional passion can fuel your dreams, big and small. Since she was little, she knew that her calling was to help people achieve bright and beautiful smiles. When she was 13, her father died and her life was uprooted.

After moving to a new city, her interest in dentistry climbed to new heights. She was accepted into an assistant dental course, and ran her own dental staffing program by age 25. However, a series of personal obstacles, including domestic abuse, threatened to usurp her budding professional career.

After enduring 13 years of suffering, Kimberly decided to reclaim her life. She fell in love again, followed a call into ministry, and now helps others find balance in her new role as a life coach. She’s proof that personal endurance can help you prevail and achieve your dreams.

While she was still in high school, Ida assisted in the dental office of a man named Jonathan Taft, who helped prepare her for the college entrance exam. When she graduated from the University of Michigan College of Dentistry in 1890, Ida was one of only three women in her class.

After graduation, Ida opened her own dental practice in Chicago. Today, the School of Dentistry at the University of Michigan awards an annual diversity scholarship in her honor.

A very special organization started in 1912: The American Association of Women Dentists. This group formed during that year’s annual meeting of the American Dental Association (ADA).

In 1944, Sara Gdulin Krout wanted to join the U.S. Navy as a dentist. Holding dual DDS degrees from the University of Illinois College of Dentistry and her native Latvia, she was more than qualified but could not serve due to military restrictions.

As a workaround, she joined the U.S. Navy’s Women Accepted for Volunteer Emergency Services (WAVES) instead. She served as a lieutenant at the Great Lakes Naval Training Station for two years, and worked as a dentist in the Naval Reserve until 1961.

The ADA appointed its first female executive director in 2009. The coveted title went to Kathleen T. O’Loughlin, the former president and CEO of Delta Dental in Massachusetts.

In her time in office, Kathleen has focused on improving the oral health of people around the country, with a special emphasis on under-served communities. In addition to her role at the ADA, Kathleen also holds faculty appointments at Tufts University School of Dental Medicine and the University of Illinois at Chicago College of Dentistry.

In 1975, Jeanne C. Sinkford became the first female dean of a dental program, as well as the first African American woman to do so. Jeanne started her career at Howard University in Washington, DC. After earning her DDS in 1958, she worked as a professor and associate professor.

She became the dean of the Howard University School of Dentistry and held that position until 1991. Then, she joined the American Dental Education Association’s Center for Equity and Diversity.

Geraldine Morrow was the first female president of the ADA. She stepped into this role in 1991, after serving as a general dentist in Anchorage, Alaska.

Grow your career as a dentist.

At Williams Orthodontic Seminars, we’re proud to help men and women professionals advance their careers in general or pediatric dentistry. Our courses allow dental offices to expand their offerings and services, and cater to a wider number of patients.

The women in these success stories here show what’s possible when you work hard and dream big. The heart of our mission is to help you join a list like this one day, and we’re excited to partner with you as you pursue your path.